The search for white fillers that can replace and compete with titanium dioxide have favoured the amorphous aluminium silicates. Aluminium and sodium silicate is a white-coloured amorphous solid, obtained by the reaction of chemical precipitation between a sodium silicate and an aluminium salt in aqueous medium. It is a filler with many different applications, and it is used as a raw material in sectors such as the manufacture of paints, printing inks, the rubber or the paper sector.

SODASIL® P95 is the trade name of the amorphous sodium and aluminium silicate marketed by IQE in the paint sector. It is used as a white pigment in paints, printing inks and paper, where it acts as a partial substitute for titanium dioxide (extender) at the same time as it increases the covering power and brightness both of the paint and of the paper.

EBROSIL® SA-60 is the amorphous sodium and aluminium silicate manufactured by IQESIL and which is used as a white filler in rubber, with a moderate reinforcing nature. Its application is especially indicated in the preparation of technical rubber pieces via an extrusion or injection moulding process.

Both the natural and synthetic rubber blends, which contain EBROSIL® SA-60 present good processability, even with higher filler levels than the reinforcing silica, as well as good vulcanisation properties. Their slightly alkaline nature permits their use in basic blends.

The precipitated aluminium silicate manufactured by IQE is a finely divided white-coloured powder. Its primary particle size is between 25 and 100 millimicrons (mµm), making it especially ideal for use as a white pigment in numerous applications. These primary particles are attached to each other to form cluster-like structures, which later join together to form what are normally called secondary particles, whose size can be defined by grinding and classification processes (generally between 5 and 10 µm).

SODASIL® P95 can be used as a white pigment to partially replace TiO2 used in coated paper (wallpaper). It is also used as a white filler for papers than contain a large proportion of wood fibres (mechanical type) and newsprint. SODASIL® P95 confers on this paper the properties of reducing the blurring of printing inks, increasing the smoothness of the paper without increasing gloss, and increasing the brightness of the paper.

An amorphous sodium and aluminium silicate with a specific surface area of approximately 60 m²/g. Its processability is excellent, affording very high dispersion with moderate reinforcements.

This is the trade name of the amorphous sodium and aluminium silicate marketed by IQE in the paint sector. It is used as a white pigment in paints, printing inks and paper, where it acts as a partial substitute for titanium dioxide (extender), while it also increases the covering power and brightness of both paint and paper. 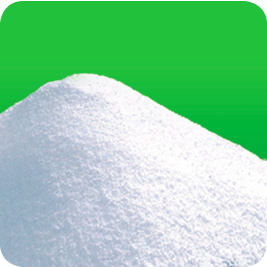