ZEOLITES are crystalline, porous aluminium silicates of natural or synthetic origin. These inorganic solids, also known as "molecular sieves" have a wide variety of compositions and crystalline structures that define their properties and make them highly attractive in numerous applications:

Grupo IQE is backed by over 25 years of experience in developing and manufacturing numerous product references based on synthetic ZEOLITES that are aimed at and adapted for the use in markets such as “Detergents and Soaps”, “Tanning”, “Adsorption and separation of gases” or “Water treatment”.

Besides our standard ZEOLITE 4A reference, IQE has a catalogue of preparations specially designed for use in detergency (ZEOLITE COMPOUNDS) that combine ZEOLITE 4A with useful additives (polymeric dispersants, surfactants) in the formulation of powder detergents or in-wash boosters. In addition, over the past few years the company has incorporated several zeolite-based references for the physical gas adsorption market and for specialised applications (ZEOLITES FOR ADSORPTION).

IQE is a member of EUZEPA (European Zeolites Producers Association, a sector group of CEFIC) and of the Synthetic Zeolites Consortium (a European consortium of synthetic zeolite producers), in which it has taken part and led the stringent European programmes on toxicological and environmental control applied to zeolites, including their REACH registration, life cycle inventory (LCI) and regulations in applicable industries.

This is IQE's standard reference, which has been manufactured at our facilities since 1991. This zeolite has a Linde type A (LTA) crystalline structure with a 4 Angstrom micropore, three-dimensional network, and an aluminium and sodium-rich composition, 2SiO2·Al2O3·Na2O·xH2O, endowing it with a hydrophilic/hygroscopic nature and great ionic exchange and adsorption capacity.

As for its physical characteristics, it is a fine powdered material (less than 10 micrometres) with great whiteness and insoluble in water.

This product has been used successfully in the manufacture of detergents since the nineteen eighties when it replaced builders based on polyphosphates, whose indiscriminate use led to adverse environmental phenomena such as water eutrophication. Since then, ZEOLITE 4A has formed part of most powder detergents and in-wash boosters, acting as a water softener through the exchange of calcium and magnesium ions, providing alkalinity.

In addition, thanks to its hydrophilic nature and its thermochemical stability, it is used in processes of desiccation-dehumidification of streams and as a fluidifying or anti-caking agent in solids. It is also able to absorb and transport large quantities of organic liquids (oils, surfactants) in solid mixes.

ZEOLITE 4A is used in other applications such as:

IQE also has a ZEOLITE 4A reference free of particles over 45 micrometres (visible to the naked eye), for use in particularly sensitive applications. Both references are sold in paper sacks (25 Kg), Big Bags or in bulk (silo truck).

IQE’s zeolite compounds are specially prepared for their direct use (post-addition) in powder detergent and in-wash booster formulas etc. Their design and composition are the result of several decades of close collaboration between IQE and leading detergent manufacturers. They are characterised by their granular appearance, dust-free nature, high flowability, high apparent density that facilitates batching, and uniform particle size in the same size range as other components of detergents, preventing undesirable segregation.

IQE ZEOLITE COMPOUNDS include specific additives in their compositions that are of great interest in the formulation of detergents: polymeric dispersants (acrylic-maleic and carboxymethylcellulose or CMC type), non-ionic and anionic surfactants, etc. which adapt to the latest market trends and regulations (ECOLABEL, NordicSwan, etc.).
Combined with the water softening capacity afforded by the zeolite base, these preparations provide very useful properties of whiteness, dirt pick-up and anti-redeposition for domestic and industrial washing applications. Furthermore, their design is optimised to prevent solid deposits on fabrics and, thanks to their macro-porosity, their detergent action and dispersion in water is very fast.

For more information on these references, their sales formats, and possible adaptations to customer requirements, please contact our sales department. 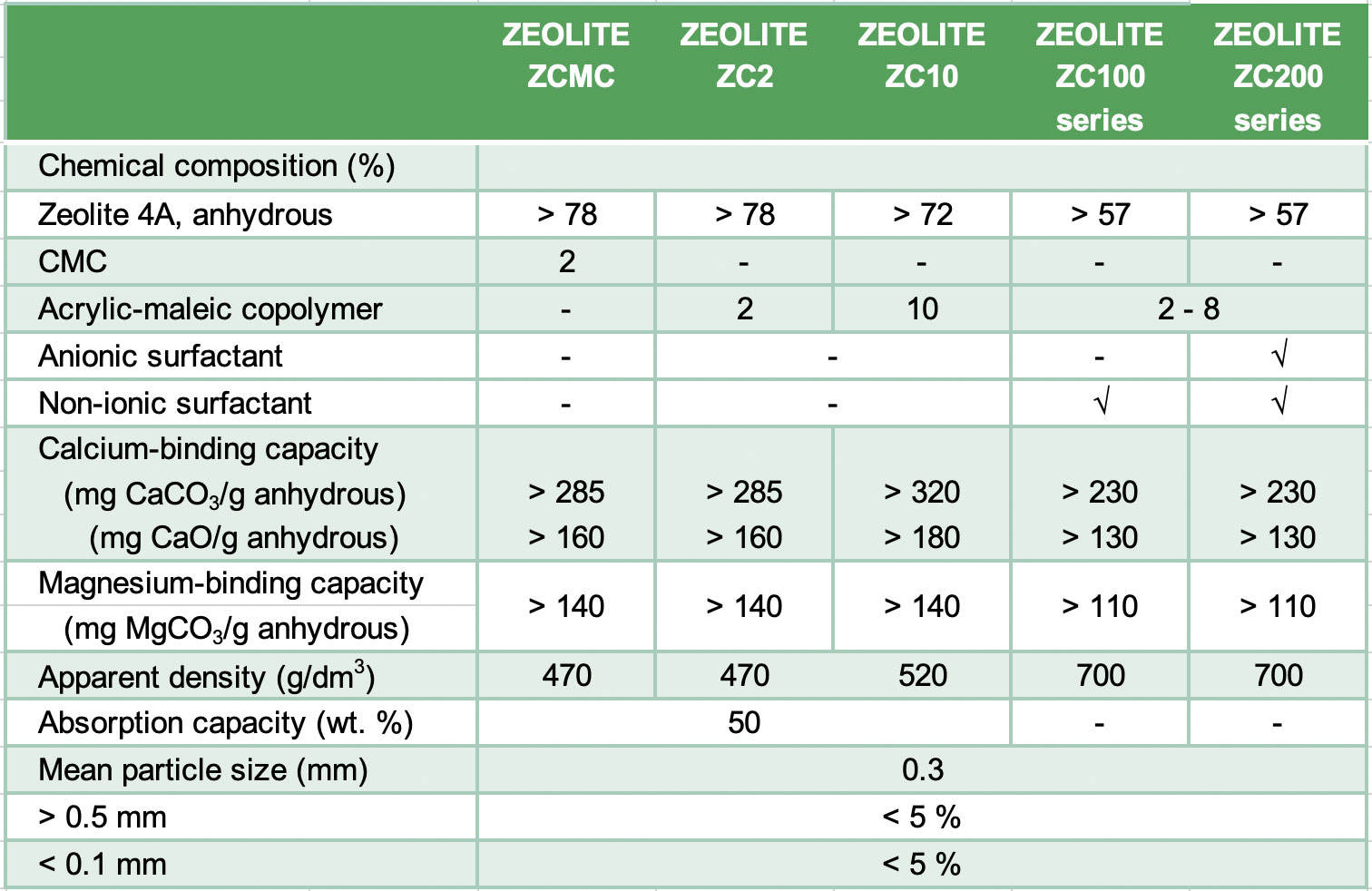 Zeolites are known as "molecular sieves" due to their unique crystalline structures with pores of similar sizes to those of the smallest molecules (hydrogen, water vapour, carbon dioxide, oxygen...), which allow preferential adsorption and separation or screening of substance mixtures (liquids and gases). These applications use the full potential of these materials in terms of specific surface areas and pore volumes.
Amongst them, the best known are those with LTA crystalline structures (SiOLITE® 4AH, in the sodium form with 4Å nominal pore size) and their corresponding potassium and calcium-exchanged forms (SiOLITE® 3AH and SiOLITE® 5AH, with 3Å and 5Å pore size respectively) and FAU SiOLITE® 13X, with an increased Si/Al ratio and 10Å nominal pore size).

The final application of these products is in natural gas treatment (desiccation, deacidification), drying of solvents and gas streams, double glazing, purification of hydrogen and oxygen, separation processes in the petrochemical industry, etc.

For further information on these references, sales formats, and possible adaptation to customer requirements, please contact our sales department. 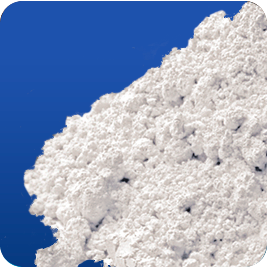